Why We Do What We Do

Presented with the grueling loss of Sharon Paula Mitchell to a 2016 drug overdose, A Cure for Nari was created in her honor. Sharon was an incredible person-- caring and considerate; talented and bright; well-loved and compassionate. She was born in 1973 in Farmingdale, New Jersey and moved to South Florida where she was raised. By all accounts, Sharon was a typical little girl, enjoying the things that little girls enjoy; dancing, singing, soccer, and all things sugar and spice. As she matured, things began to change for the worse and never stopped being an issue. As she grew older, at first, there were little signs, a distortion in the way she saw herself physically, an inability to feel adequate amongst her peers. As her teenage and early adult years progessed, a severe eating disorder had developed. The shame and embarrassment was overwhelming and Sharon was soon stuffing down these deep and heavy feelings of shame and inadequacy with alcohol. Sharon was treated many times both psychologically, medically and with talk therapy; more than 20 times in inpatient facilities and countless outpatient settings. As Sharon grew into adulthood, her problems increased in severity. A diagnosis of bipolar disorder was made and treatment began to address both the mood swings, depression, severe anxiety, and compulsive behavior.

During this time, Sharon’s eating disorder blossomed into an extremely severe compulsion, which dominated her thoughts and mind. It was also at this time, that crack cocaine became another addiction, one that she would wrestle with for the remainder of her life. Fast forward fifteen years, the world has moved on, but Sharon found herself stuck in place. Multiple treatment facilities, jail sentences, car wrecks, loss of friends and family. In late 2015, Sharon decided to make a new start and moved to Virginia to begin anew. Things looked up for a short time, but before long, Sharon was back in jail and then onto a court ordered rehab where it is reported, she did very well. On October 26th, the day after being released from the Rubicon treatment facility in Virginia, Sharon overdosed on cocaine and heroin, just 5 hours after returning to South Florida. Her friends and relatives gathered to celebrate her life and mourn the loss of a beautiful person with a terrible disease. A Cure for Nari was set up by Sharon’s cousin, Jesse Lubar, and named after the pet name that Jesse and his sister, Naomi had for their beloved cousin--Nari. ACN’s mission is to provide resources to grants and foundations, which study addiction and mental illness. 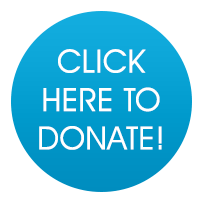